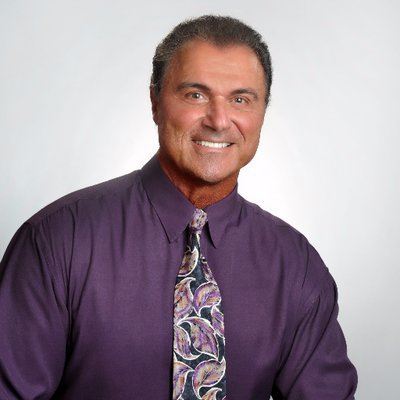 Joseph Christiano, ND, CNC, CNHP, is a naturopathic doctor, certified nutritional counselor, and a certified nutritional health professional through Trinity College of Natural Health. Dr. Joe has spent more than 50 years both personally and professionally in natural health, including: exercise/diet, pain management, anti-aging and stem cell therapy, treatments and activation. He is president and founder of Body Redesigning by Joseph Christiano®.

I have a God-given passion to help people be healthy. And to get healthy one must be educated on the latest cutting-edge therapies and technologies options available. Here on Stem Cell Physicians Network, the patient gets to meet the best stem cell physicians across America and Canada.
Dr. Joe

Dr. Joe brings his knowledge to the public as a best-selling author, health and fitness coach and motivational speaker. He has appeared in numerous magazines both in domestic and foreign publications such as Central Florida magazine, Iron Man Magazine feature article and The Sun in London England for his professional fitness and nutritional coaching expertise. He has been read in Woman’s World, Women’s Health and Fitness, Pageantry magazines and is a health and fitness columnist for New Man magazine.

His health and fitness expertise has helped transform the bodies of Hollywood celebrities, major media personalities, swimsuit winners in the Miss America, Miss USA and Mrs. Pageants. The former Mr. Florida body building champ and Mr. USA runner-up has been a featured guest on many national radio and television stations throughout the country such as WGN, CNN Headline News, ABC, NBC, CBS and FOX news affiliates. His on-air appearances on the Home Shopping Network and QVC have resulted in sellouts of his fitness products and books such as his Amazon.com bestseller “The Answer is in Your Bloodtype” and Bloodtypes, Bodytypes and YOU.